What is the Difference Between a Bow Window and a Bay Window? 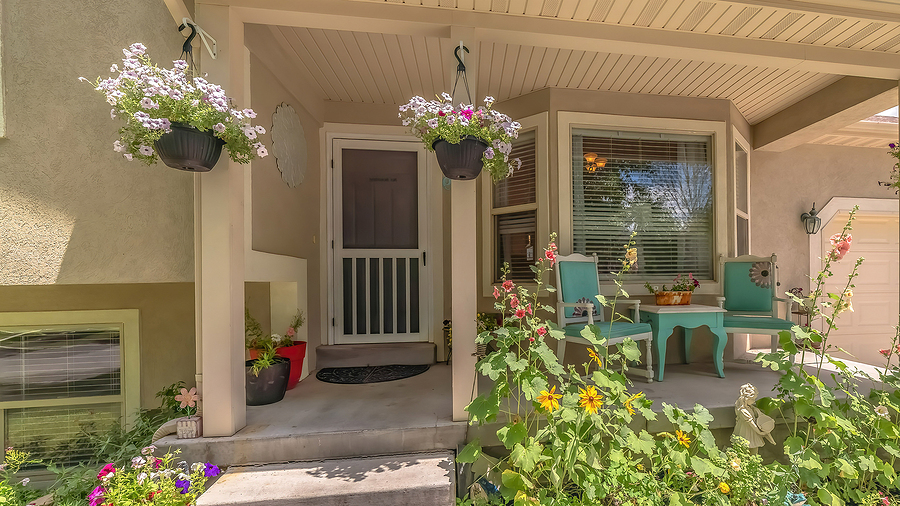 There are many reasons to consider upgrading your existing windows instead of just replacing them with similar versions. For example, maybe your goal is to improve your home’s curb appeal by adding windows that are more visually appealing. Maybe you want to bring in more natural light than your old windows were capable of. Or maybe you just want a better view of the outside space that you can enjoy from inside. If any of these are the case for you, then you might want to consider upgrading to either a bow window or a bay window. But what exactly is the difference between the two?

A bow window is a window that consists of four or more panes arranged side by side in a rounded shape. They are used most notably in Victorian-style homes. Bow windows create a turret effect and are often used on the corners of homes to help provide a better view. In fact, this is one of their main benefits since they allow you to obtain an uninterrupted panoramic view from two sides of the home. Not only will you get a better view of your home’s outdoor space, but a bow window will bring in more natural light as a result as well.

Finally, despite their rounded shape, bow windows have a narrow exterior profile, which means that they can be installed despite being close to a sidewalk or street. However, bow windows are rarely outfitted with windows that can be opened, which means that you won’t be able to let in the fresh air. Additionally, due to the nature of a bow window (the use of four glass panes arranged in a rounded shape), the installation can be quite tricky, which makes it more expensive than other types of windows, including bay windows.

The Benefits of Bow Windows:

The Drawbacks of Bow Windows:

A bay window typically consists of three panes: one large picture window in the middle with a smaller pane on each side. Combined, the three panes protrude from the structure of the house, thereby adding to the home space. A bay window adds visual interest to the home’s architecture and tends to draw the eye because of its distinct look.

One of the perks of a bay window is that the extra space that’s created inside can be used in a number of ways. For example, you can add extra seating or even a small nook that can be used as a breakfast eating space. Although this added space is usually an advantage, it does mean that bay windows cannot be installed on the side of the home that is too close to a sidewalk or street.

When it comes to choosing bay windows over bow windows, the main advantage is arguably the price. Bay windows tend to be more affordable since they are not as wide as bow windows. It is worth mentioning that bay windows offer a more limited view, which means that they bring in less natural light as well when compared to bow windows.

However, there are some other advantages to choosing a bay window over a bow window. For example, you can include windows within your bay window setup that open up, allowing for ventilation. You can also choose from a wide range of shapes, sizes, and styles, which makes it easy to complement your home design and maintain a consistent aesthetic.

The Benefits of Bay Windows:

The Drawbacks of Bay Windows:

Both bow windows and bay windows are excellent options if you’re looking to boost your property’s curb appeal, bring in more natural light, or expand your view of the outdoors. Each type has its pros and cons. Choosing between installing a new bow window or bay window is going to depend on your specific needs and tastes. Whatever choice you make, be sure to visit us at Armorvue Home Exteriors for the best replacement windows in the area. We offer a wide variety of bow and bay windows that will suit your specific needs, so let’s talk about your new windows today!

GET STARTED NOW WITH A FREE ESTIMATE!

Proudly Made in America

PROUDLY MADE IN THE USA

We support our troops. Please ask about our veterans discount.

Visit our website or give us a call us to schedule a free in-home estimate.

You’ll meet with an ARMORVUE specialist to discuss which products and designs are best for your home.

Our measurement technician will visit your home before your project begins to ensure your installation is a success.

Our licensed technicians will expertly install your project so you can enjoy your investment for years to come.

Your satisfaction is our guarantee and that’s why we’re proud to offer our customers a true, transferable lifetime warranty.

Home » Blogs » Cleveland » What is the Difference Between a Bow Window and a Bay Window?

Send this to a friend